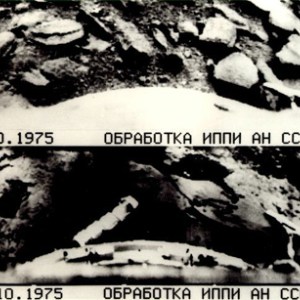 In times it was thought that Venus was a paradise, an aquatic world that hid its secrets behind an impenetrable shield of clouds. They were right, because the clouds darken the surface and until recent times the truth was not discovered, namely, that Venus is the closest thing to hell, or at least to that kind of incandescent, sulphurous and soporific hell that has sometimes been imagined.

Finally, our neighboring planet unveiled its mysteries, the radar penetrated its dense layer of sulphurous clouds and maps of the Venusian surface could be made, especially thanks to the Magellan spacecraft. Today, a new spatial ingenuity has arrived at Venus, the Venus Express, which has generate much more information for the good of knowledge of the Solar System and, therefore, of our own world.

However, attempts have been made for a long time to land on the surface of Venus, but the infernal conditions to which the probe must be subjected make it very problematic. As a tribute to the machines that have been frying on the Venusian surface for years, I make a brief review of the photographs taken, until now, of the landscapes of hell…

Photographs of the Soviet spaceships Venera 9 and 10

Operating in extreme conditions, in less than an hour the circuits of the probes were destroyed, but managed to send some photographs. You can’t see much, it looks like a simple field of rocks, but it’s quite a feat, you have to think that the camera is surrounded by an corrosive atmosphere.

Photographs of the Venera 13

This probe was luckier, carried a color television camera and survived the Venusian atmosphere for more than two hours. He managed to get several images, but the color it’s not very real, since different filters were used and because the atmosphere of the planet distorts the vision a lot.

Photographs of the Venera 14 spacecraft 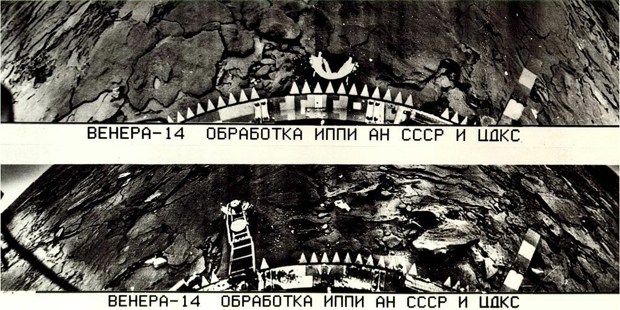