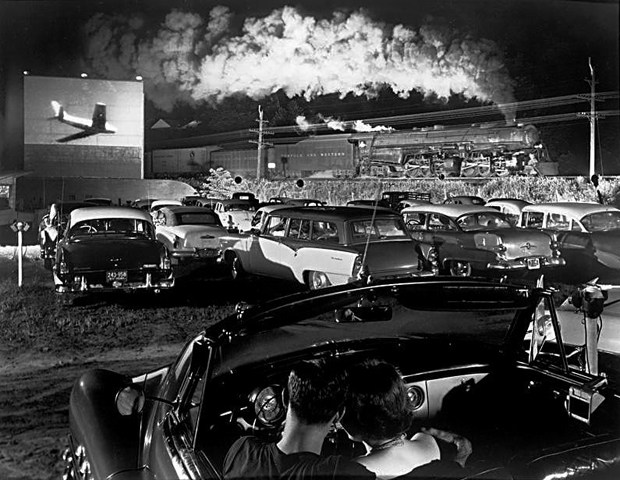 If I had to choose a single photograph representing the last century, I would certainly name the one that illustrates this small note.

This is a night shot entitled Hotshot Eastbound from the American master of photography Ogle Winston Link, taken in the 1950s. The image shows a jet airplane, in flight, projected on the screen of an drive-in theater, full of cars, while a train crosses the scene quickly. Simply brilliant.

By the way… there are those who say that a certain scene in the Simpsons is, in reality, a kind of homage-parody of this historic photograph. Specifically, I’m referring to episode 194 (5F12).