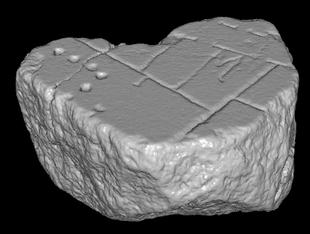 The ancient Romans were excellent engineers and architects, no doubt about that, and also good connoisseurs of the importance of urban planning. Naturally, to achieve proper control of The Eternal City, maps had to be available. Most of them have been lost, mainly because they were made on perishable materials, but here is a marvel in the form of a stone puzzle that can be considered as a gigantic map of the ancient Rome. The map is fragmented into a multitude of stone pieces, which complicates its reconstruction, that showed in detail all the streets and houses of the city.

Around the 16th century appeared the remains of the gigantic map, called Forma Urbis Romae, made up of more than a thousand fragments of what one day became a great map of 18 by 13 meters. It is true that these remains are only a small part of the complete map, but they are still a marvel. For centuries, attempts have been made to put the pieces of the puzzle together by hand, but the cost of the process meant that, with a little luck, two pieces could be joined every few years. To get the puzzle assembled once and for all, since 1999 Stanford University has decided to scan the pieces and use computer technology in the process. The results are available online: Stanford Digital Forma Urbis Romae Project.