Creo que me he vuelto adicto a esto 😵 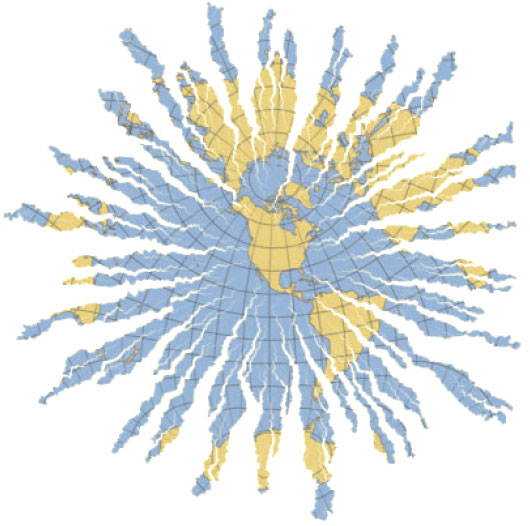 Representing the planet Earth on paper has always been problematic and, in fact, is one of the main problems that cartography has always faced. For centuries, hundreds of different methods have been devised for this work, through what are known as cartographic projections, i.e. ways of projecting a spherical surface onto a plane by drawing the the world on paper. This, which might at first seem like nonsense, is impossible, there is no “perfect map”, because there is no way to represent the shape and proportions of the earth’s surface on paper without introducing deformations of any kind. Now, if we are not so ambitious, and we take a small portion of the planet to make the map, then we can create quite accurate maps.

Jack van Wijk was thinking about this idea until he came up with a solution that convinced him: to divide the world into a thousand pieces! Thus was born his proposal of cartographic projection, which would be a set of many small maps (triangles) united in a very special way. Okay, the result is strange and “rough” looking, as if the world had turned into a hedgehog, but it’s an interesting proposition. This video explains the idea of the Miriahedral Projection (where “Miriahedral” would be a polyhedron with many faces, according to the term coined by Michiel Wijers).

That was almost ten years ago now. The proposal is more theoretical than practical (it is unlikely that such maps will become popular), but it is certainly an interesting idea with which to create attractive compositions. Basically, the method to construct this projection (mathematics apart), regardless of where we center the map, consists of projecting the globe in the form of a myriad of shapes, cutting out its triangles and extending the whole on a two-dimensional surface (images by Jack van Wijk). 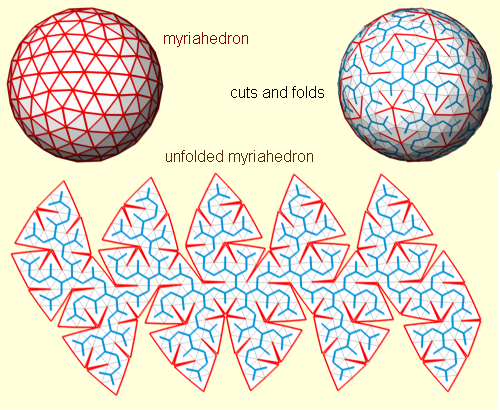 As you can see, the results are surprising. 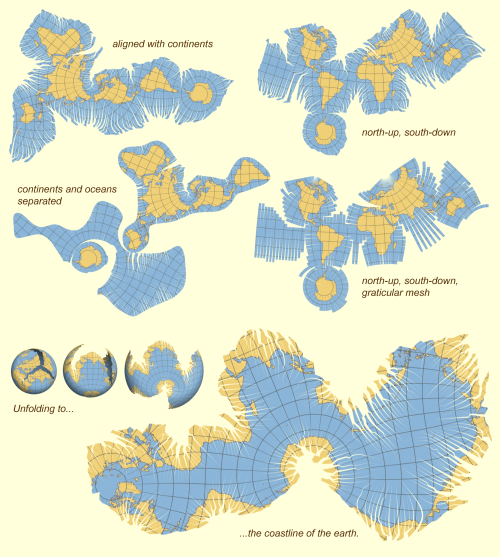